… when I started working as a translator of film and television, specializing in the field of dubbing scripts. In Sweden, only films aiming for young audiences are being dubbed. This includes both animated and live action features, although dubbing the latter started as late as the mid 90's.

Altogether, I have worked with more than 200 different productions for the big and the small screen. My first assignment was a few Scooby Doo episodes, and I learned from the very start how important it is to keep key phrases and recurring terms consistent. Diehard Scooby fans gave me thumbs up for translating (for example) "The Mystery Machine" correctly.

In 2000, I translated my first "big" feature film when I got the chance to work with the dubbed

version of Chicken Run. This was the first time I really got to see from the inside how the process of making animated films actually works, following the film's development from a preliminary version (with many scenes still unfinished) to the final cut.

You find a complete list of the feature films I have translated in my CV.

Apart from working with dubbed films and series, I have translated video games, board games and several plays. My interest in theatre started in an early age, and today I'm a member of Gbgimpro, an improvisation theatre group based in Gothenburg.

To get in touch with me, go to the page Kontakt. 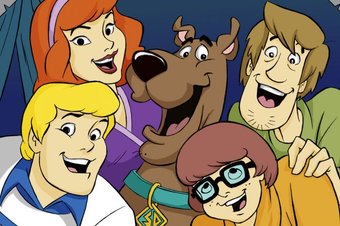